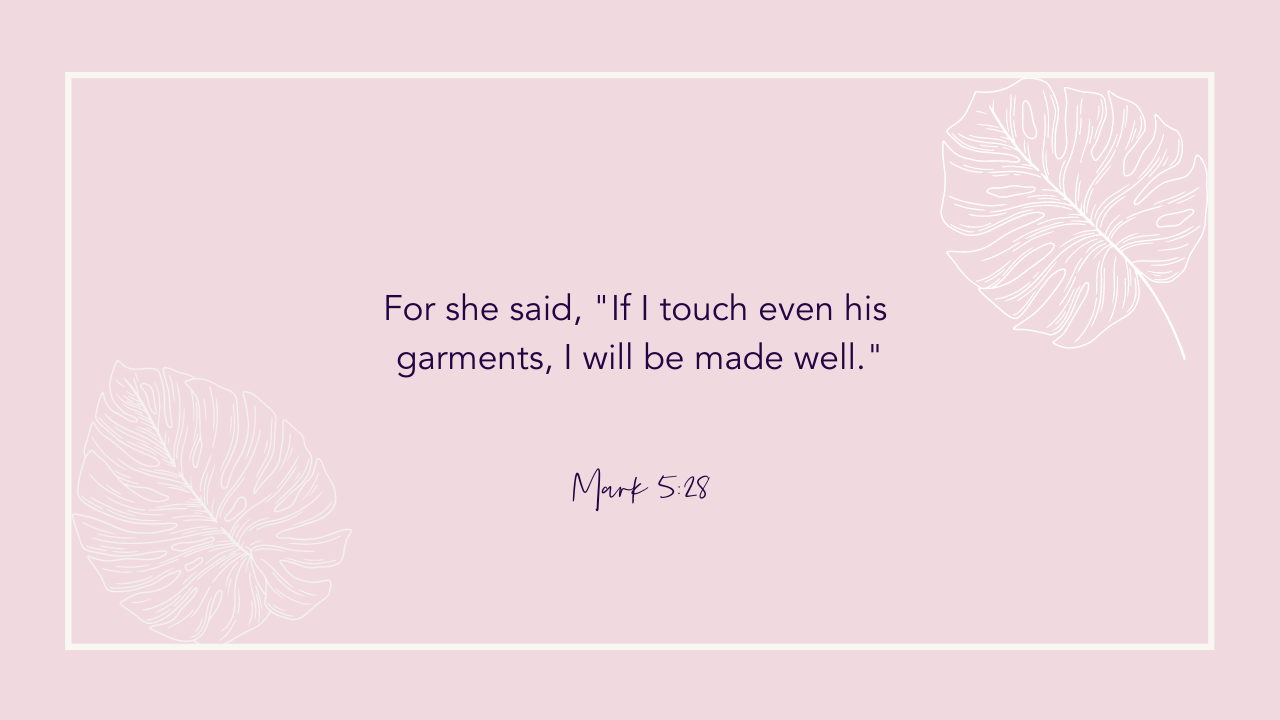 In Mark 5, there’s a story of a woman who had been bleeding for 12 years. The Bible says that she had suffered much with physicians and had spent all she had with no relief.

At this time her condition was considered to make her unclean. The custom was for her to be separated from others and she was not allowed to touch others or she would make them unclean.

But, Jesus comes to her town. She has heard that He heals people. She goes to see Him and there’s a crowd surrounding Him. She doesn’t have the courage to ask Him to heal her, but she says, if I can just touch His robe, I will be healed. What Faith!

So she touches Him in the midst of all this crowd, and is healed instantly. He stops and says who touched me? Imagine how she felt, knowing she was unclean, knowing she was healed from touching Him, and be surrounded by tons of people! She had to come forward in front of all these people and admit what she just did.

Jesus didn’t rebuke her. He didn’t ignore her. He called her out and gave her an opportunity to exhibit courage. He also made her healing public. Because she had the courage to say it was me who touched you, everyone in the crown got to hear that Jesus had healed her because of her faith.
Healing from the trauma and abuse that we experience in life requires 1. Faith and 2. Courage.

Faith to know that we can’t heal ourselves and that Hod CAN, and courage to let Him heal us without trying to fix ourselves.

What have you been trying to heal in your own power?

Can you give it over to God today?

Learn how to be present in the moment, heal from your past, escape fight or flight, and so much more in our signature program the Tenacious Woman Blueprint!

Stay connected with news and updates!

Join our mailing list to receive the latest news and updates from our team.Don't worry, your information will not be shared.

We hate SPAM. We will never sell your information, for any reason. 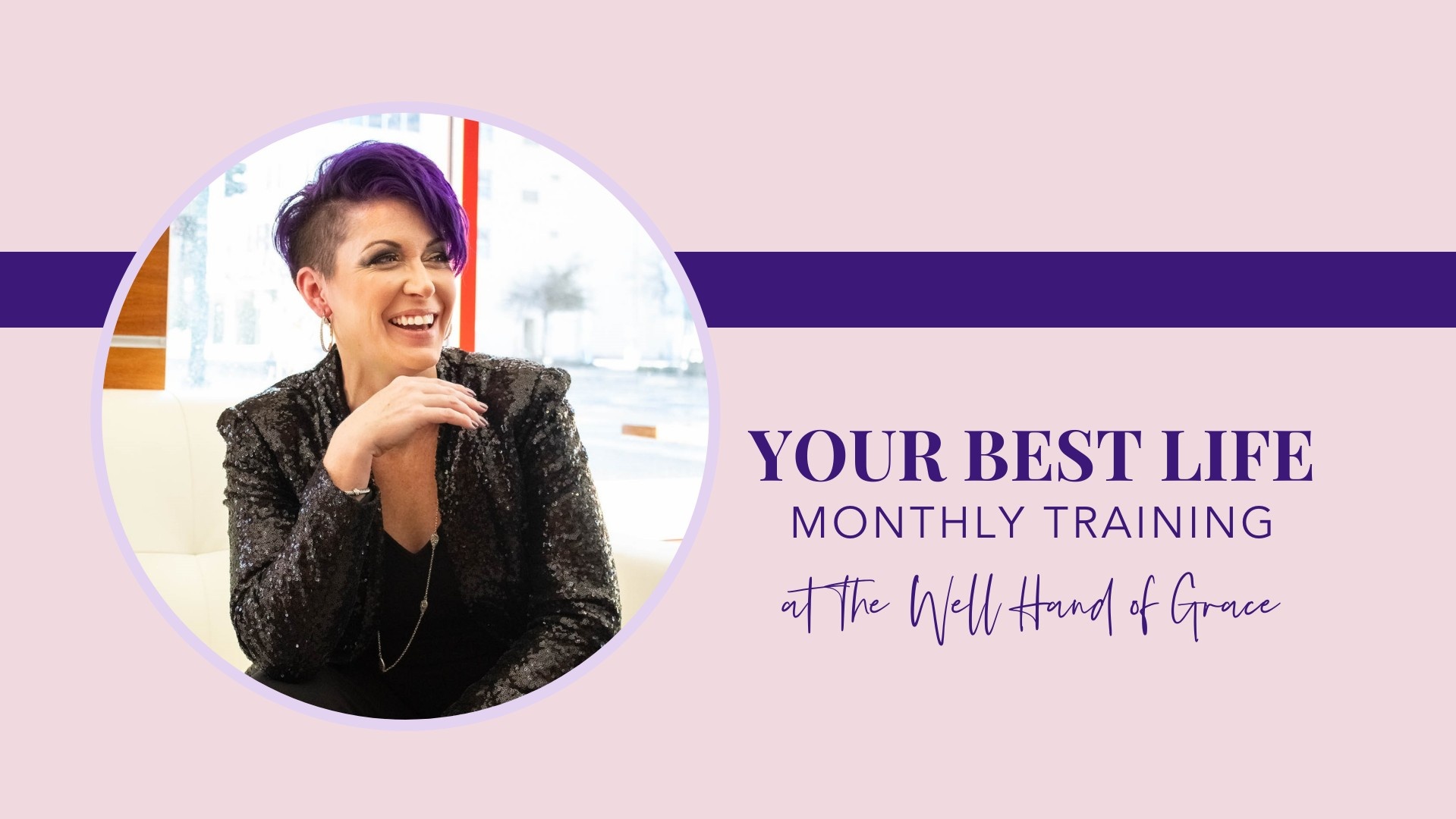 Join Us for Our Next Training

Enter your name and email below to register.